The AAII Investor Sentiment Survey is just over its long term average, so it has room to run.

Of course, bullish investor sentiment can trend higher. That is especially true when looking at just one survey measure like the AAII Investor Sentiment Survey.

Below I charted the Investor Sentiment, % Bearish and % Bullish using the AAII Investor Sentiment Survey data. Looking at the extremes, the end of 2017 was the highest % Bullish and the lowest % Bearish. If you recall, it was a very euphoric period with stocks trending up. 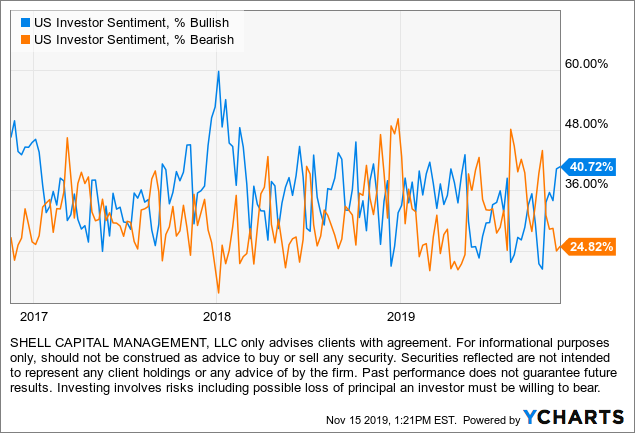 For another less noisy visual of this observation, I then chart the % Bullish – Bearish Spread. When it’s higher, more investors taking the survey are bullish. When it’s lower, more are bearish.

The peak optimism is clearly shown at the end of 2017 after the stock market had trended up with abnormally low volatility.

The peak cycle in pessimism was last December 2018, after stock prices had a waterfall decline. 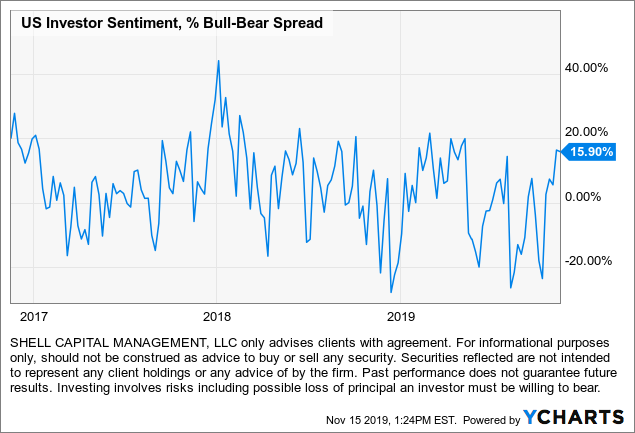 To be sure, next, we overlay the % Bull-Bear Spread over the S&P 500 stock index. We can see visually the % Bullish reached an extremely high level in the last month of 2017 as the stock index trended up.  But, what happened afterward?

We see its lowest level over the period was the end of 2018 as stocks were in a waterfall decline.

The key is; what happened after the extreme level of bullishness?

I tell ya what… we haven't seen a drawdown in the popular stock indexes in nearly a year and a half. We would normally see three or four. Those who don't think that is important will probably be the investors who are dazed when we do see one. #KnowYourRisk pic.twitter.com/N6JI3WsGPm

By the way, this past year is vastly different than the low volatility period I highlighted above. I was pointing out the stock index hadn’t dropped more than -4% in over a year and that was an unusually quiet condition. This past year has been more normal-looking from that perspective, with tow -5% – 7% drops after the waterfall. 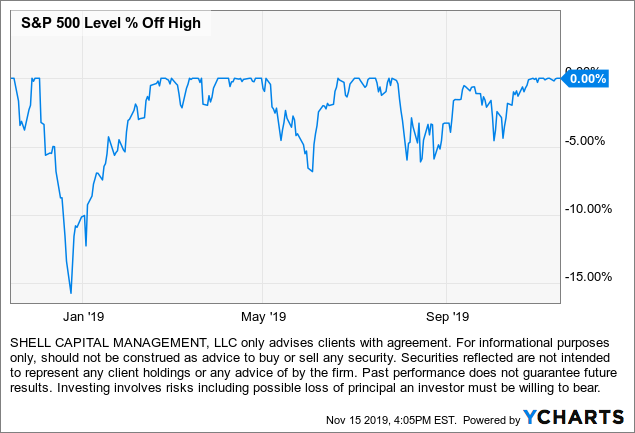 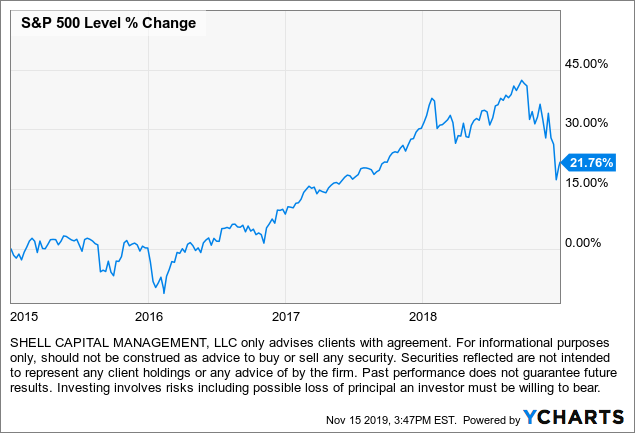 After stocks reached the second low, the trend up became smoother and smoother. Oh yeah, another blast from the past; I pointed that out, too, in November 2017. 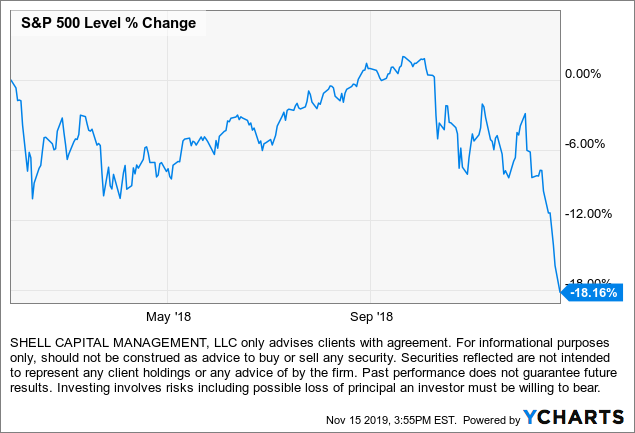 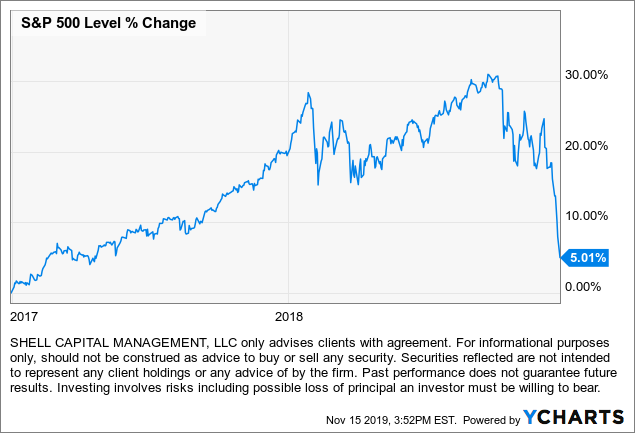 Can the investor sentiment get even more optimistic and drive stock prices even higher? Of course, it can! It has before! The Bull-Bear Spread is elevated, but not at its historical extremes. 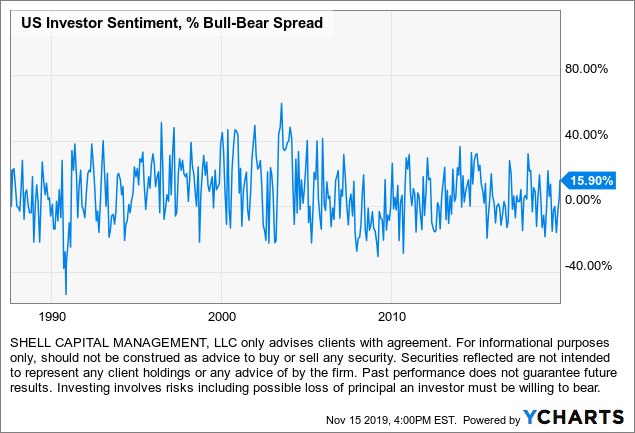 But the AAII Investor Sentiment Survey isn’t necessarily a timing indicator by itself. It’s just a gauge. But, when combined with other observations I’ve discussed this week, the weight of the evidence suggests it’s a better time to reduce risk and hedge than to take on new risks as these surveys show investors are doing.

Those who forget the past are doomed to repeat it.

Those who learn from the past have the potential to gain an edge from it.

Have a great weekend!

Mike Shell and Shell Capital Management, LLC is a registered investment advisor focused on asymmetric risk-reward and absolute return strategies and provides investment advice and portfolio management only to clients with a signed and executed investment management agreement. The observations shared on this website are for general information only and should not be construed as advice to buy or sell any security. Securities reflected are not intended to represent any client holdings or any recommendations made by the firm. Any opinions expressed may change as subsequent conditions change.  Do not make any investment decisions based on such information as it is subject to change. Investing involves risk, including the potential loss of principal an investor must be willing to bear. Past performance is no guarantee of future results. All information and data are deemed reliable but is not guaranteed and should be independently verified. The presence of this website on the Internet shall in no direct or indirect way raise an implication that Shell Capital Management, LLC is offering to sell or soliciting to sell advisory services to residents of any state in which the firm is not registered as an investment advisor. The use of this website is subject to its terms and conditions.