A global macro indicator that’s been talked about a lot lately is the risk of an inverted yield curve. An inverted yield curve is an asymmetry when the short-term interest rate is higher than the long term interest rate. In normal conditions, the yield on long term bonds should be higher as a premium for the longer maturity. For example, we expect to pay a higher interest rate for a 30-year mortgage than a 15-year mortgage. The same is true for government bonds. In normal conditions, investors should expect to earn a higher yield and return from longer maturities and borrowers should expect to pay more for longer-term loans.

Below is what an inverted yield curve looks like as it inverted December 2006. The horizontal line on the left chart is the yield curve showing the shorter term bond yield on the left was higher than the long bond rate on the right. The chart on the right is the S&P 500 with a red line marking the date of the yield curve inversion. A year later, the stock market started a decline of over -56%. 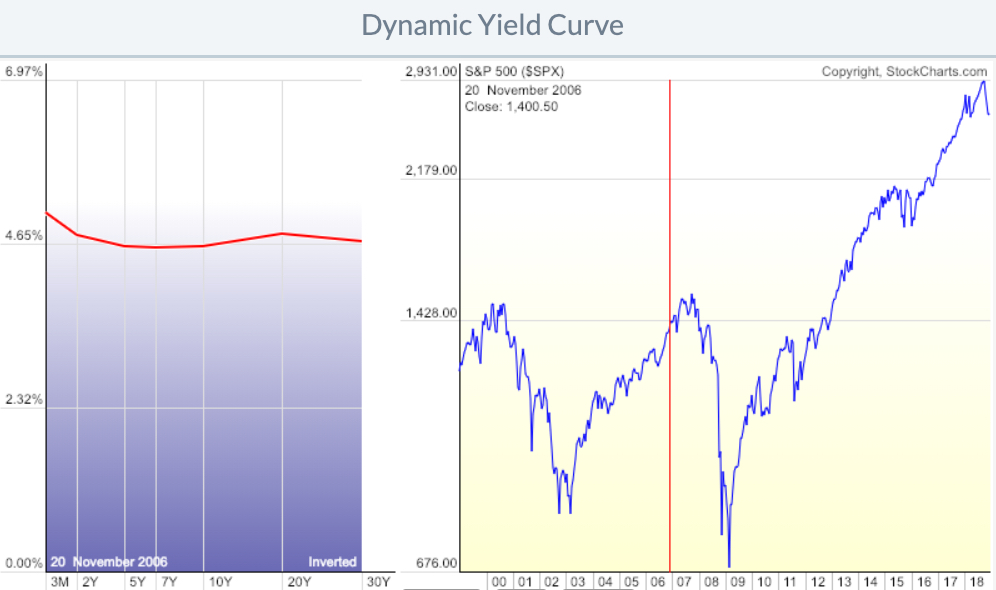 So far, the normal yield curve, 3 month vs 30 year, has not inverted. The long-term interest rate is higher than the short-term rate. 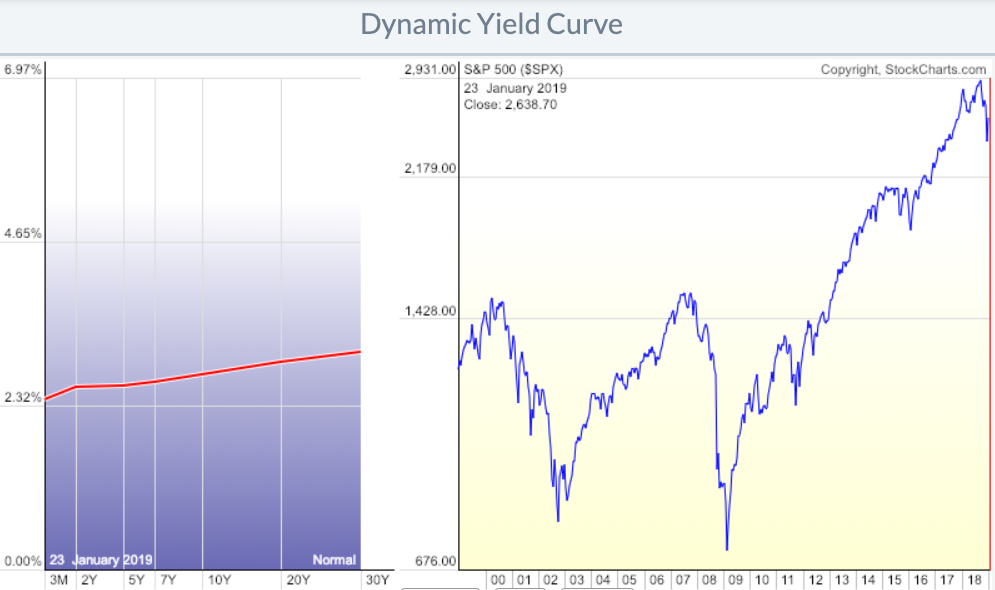 Below is the current yield curve compared to August 2000. We see a significant difference in the spread and slope. Short term interest rates like what we earn at the bank or from a money market were over 5% in 2000. Today, they’ve finally increased to over 2%. 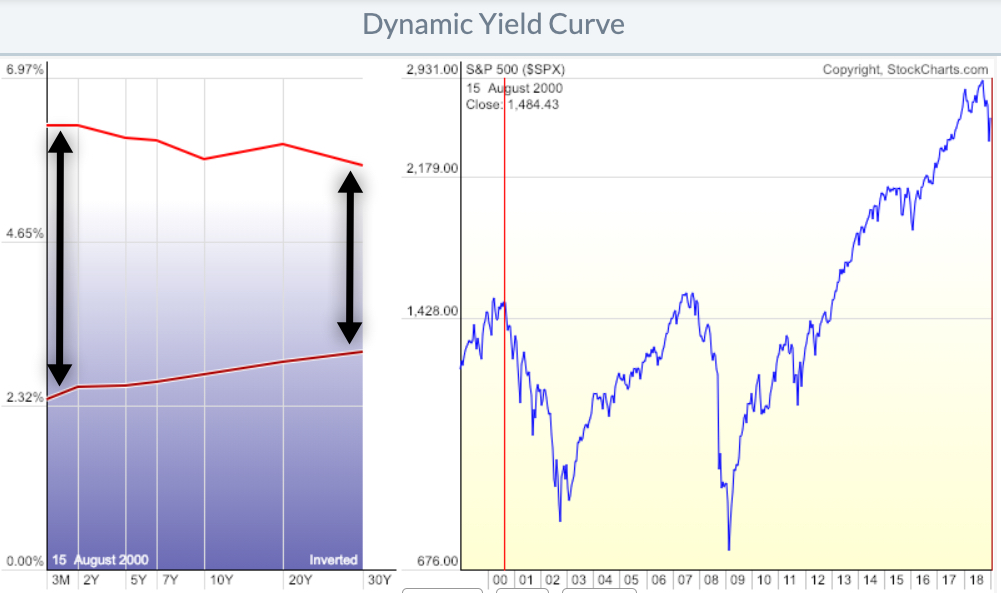 Next, I’ll share some observations of leading economic indicators. For me, it doesn’t help with tactical investment decisions, but since the economy is a big global macro topic lately, it’s a good time to review its indicators.