Below is part of what I said on September 27, 2017, and following that I’ll share an update.

When I see the chart below, I think:

“The trend is up, it has moved up fast enough to be overbought in the short term, so it may pull back some and then the trend may resume to the upside”. 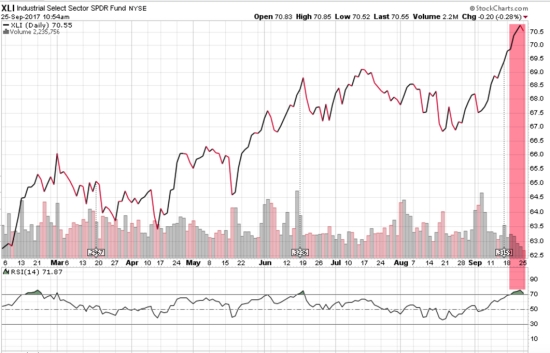 That chart was about five weeks ago. Below is an update on the trend in the U.S. Industrial sector. Since the sector got “overbought” based on a RSI reading over 70, the trend continued up (green highlight) and has since trended down about -3%. At this point, it is trading around the same price it was when it first became overbought. Now, it is getting closer to being “oversold” on a short-term basis. 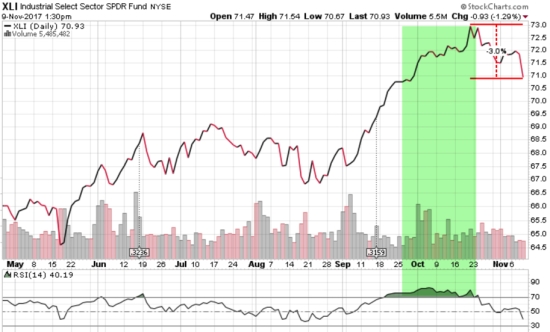 So, as the Industrial sector was one of the strongest sector trends a few weeks ago, it also appeared overbought on a short-term basis. It is now drifting down to what may become a better entry point in what has otherwise been a strong directional trend.

We’ll see how it unfolds.